The production of illuminated letters takes place in several dozen production technologies. Letters illuminated at the front are a classic of illuminated advertising. Letters shining sideways or on the outline create a very visible glow of light. While the letters are lit, the so-called light background around letters. This unusual way of side or edge illumination of letters will make your logo stand out from all ads as unusual and non-standard. There are also illuminated letters made entirely of plexiglass, i.e., when illuminated, the whole letter shines: sides and front, which is an eye-catching effect. Illumination of the front and side of the letter will emphasize its shape and style.

We have many years of experience in the production of letters and logos in dark colours. Wherever there are black fonts, we use technologies that emphasize the illumination of letters. One of them are the letters made of plexiglass Black &amp; White, that is black during the day and at night, when illuminated, these letters glow in white. It is a very effective highlighting of letters during the 24 hours. Another light effect are letters shining with their backs against the wall in the hallo effect, what adds prestige to any building. The glow of light coming from the back of the letter adds elegance to the letters and marks their contours in a light, subtle way. We heartily recommend any type of illuminated letters, from free-standing, large-size letters to subdued LED illuminated letters. It all depends on your imagination. LED illuminated letters are the most developed range of possibilities of manufacturing technology.

In Pretende, you can make literally any type of letters illuminated with LED modules. Letters glowing back on the wall Illuminated letters / side and front made of plexiglass 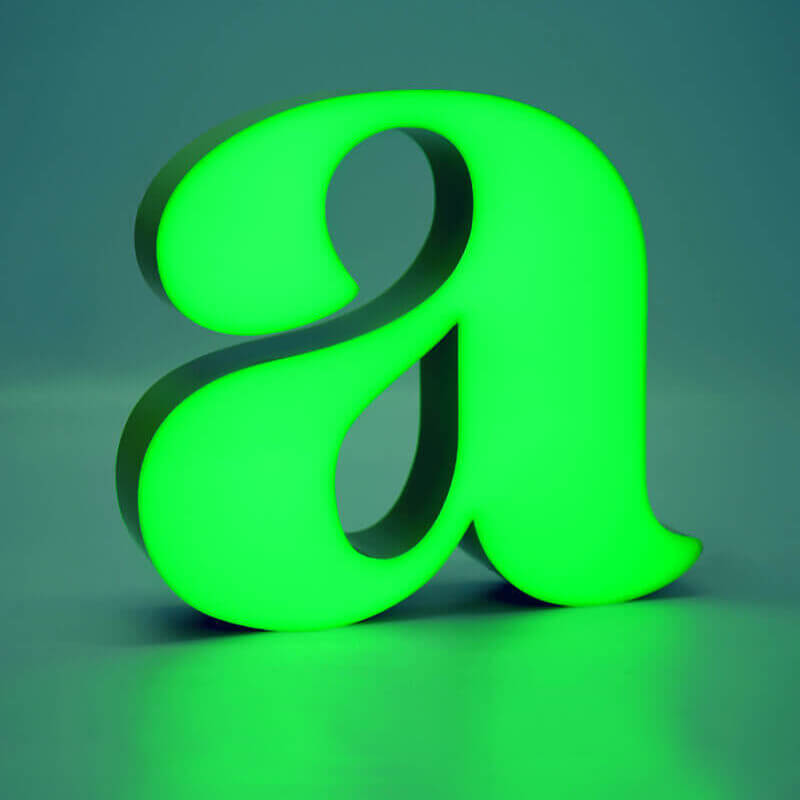 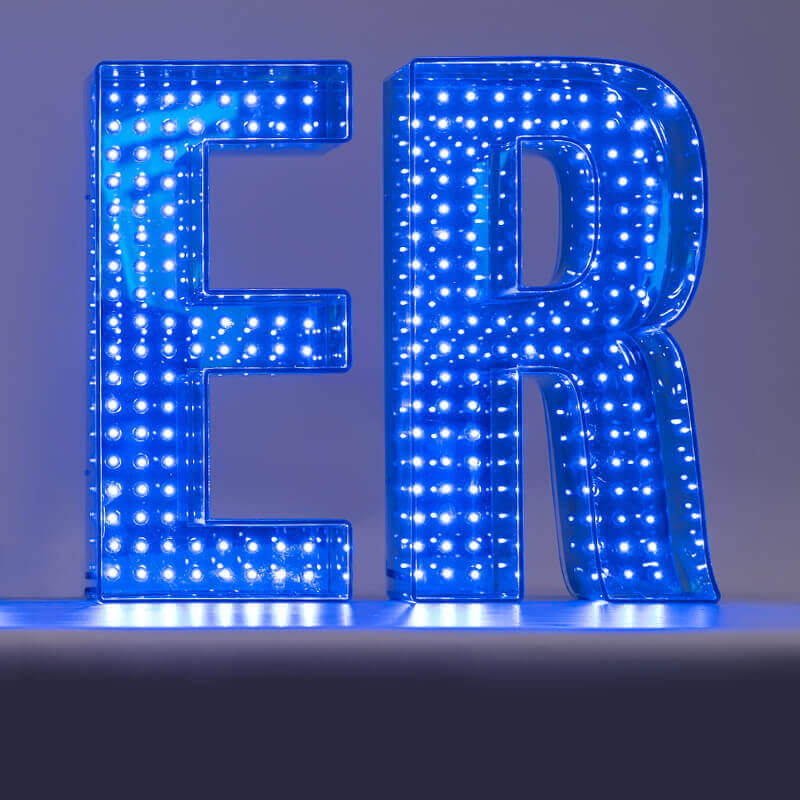 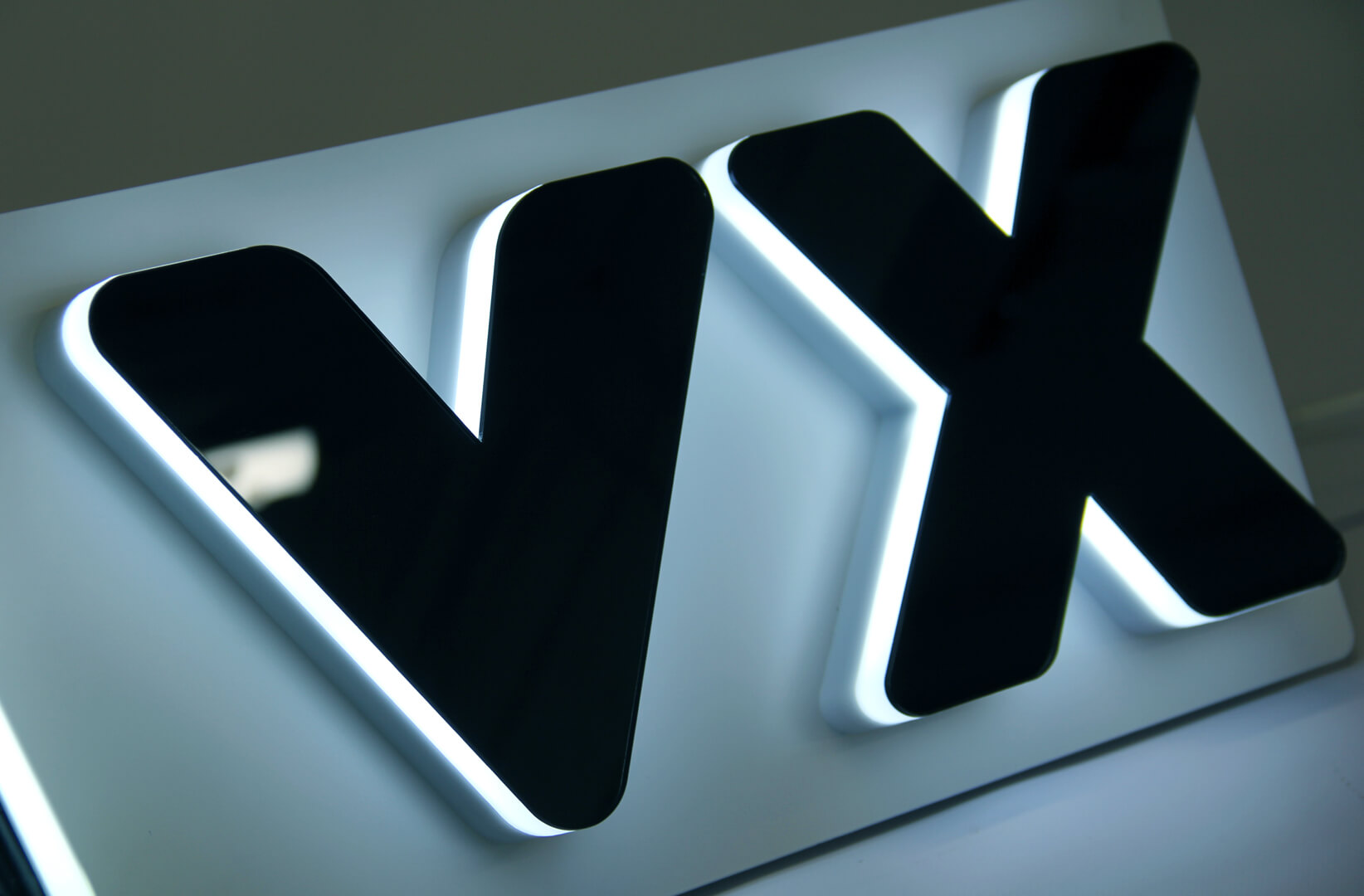 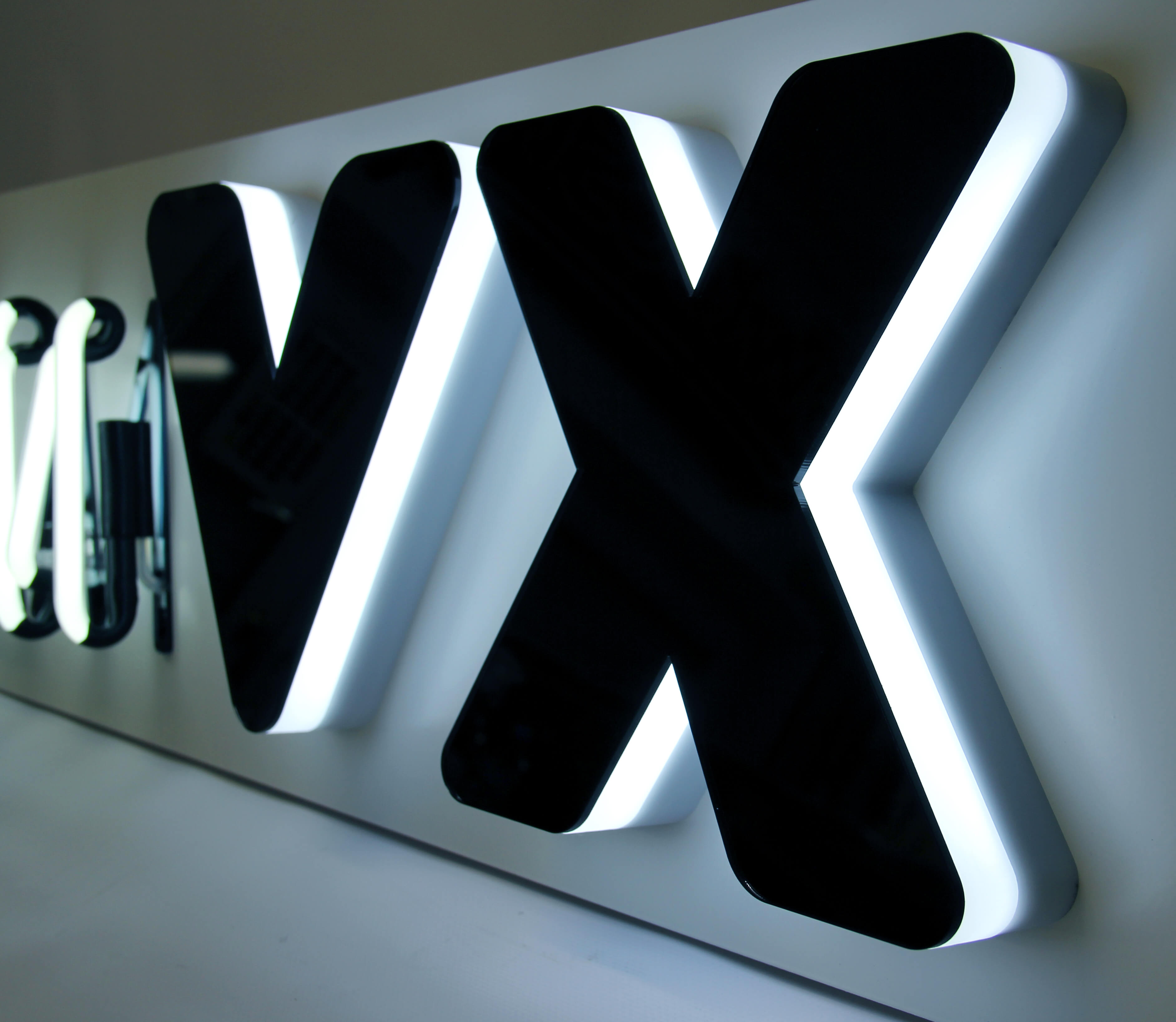 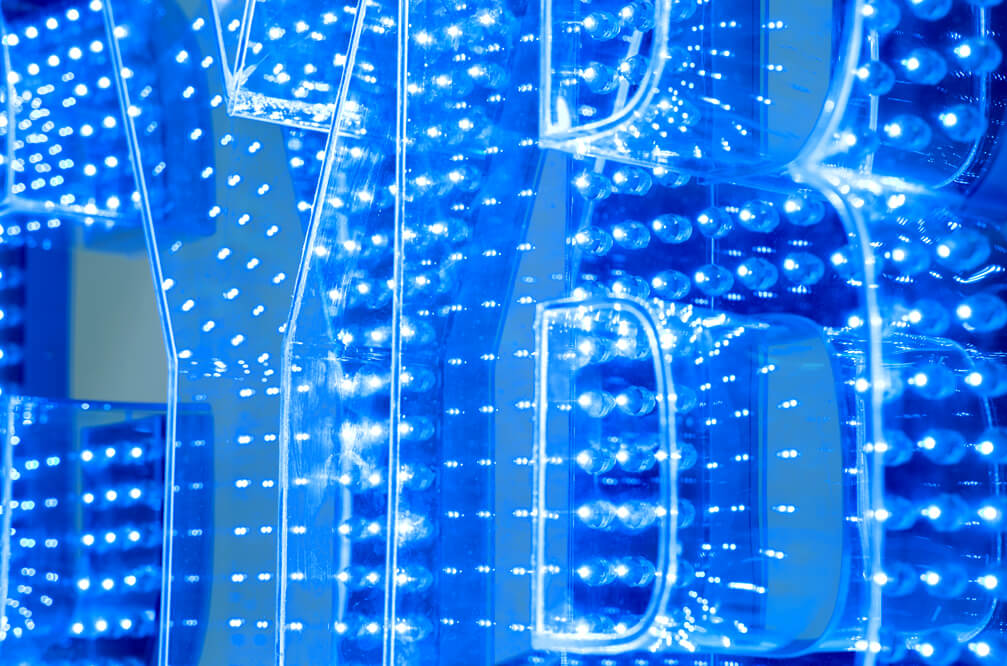 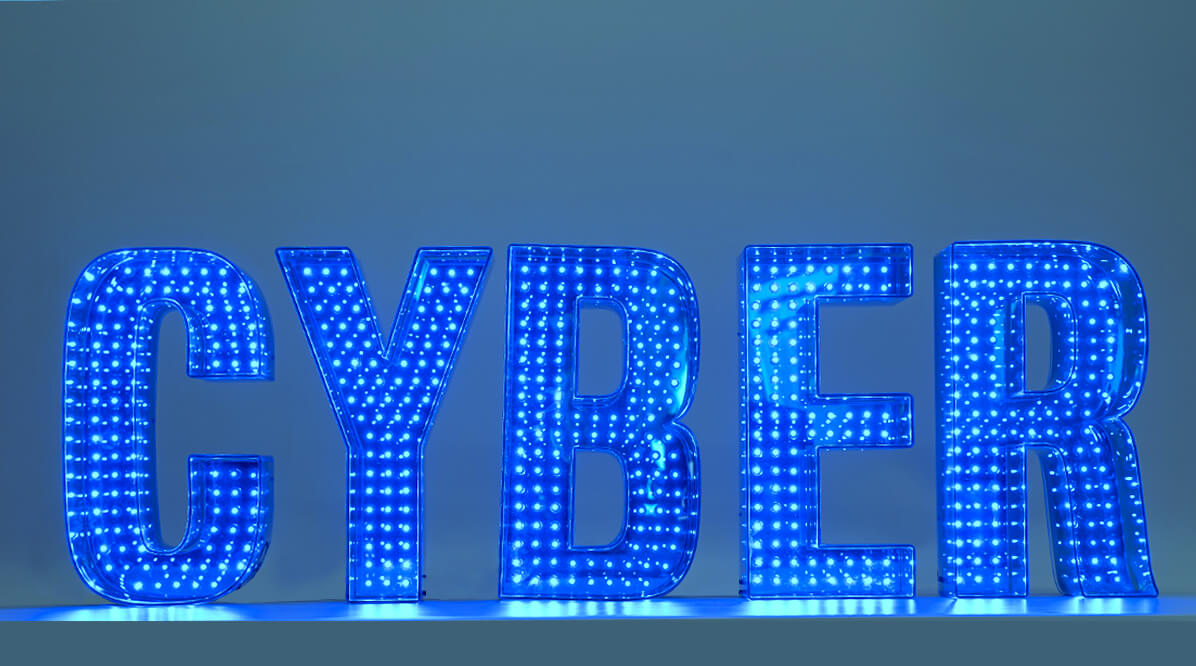 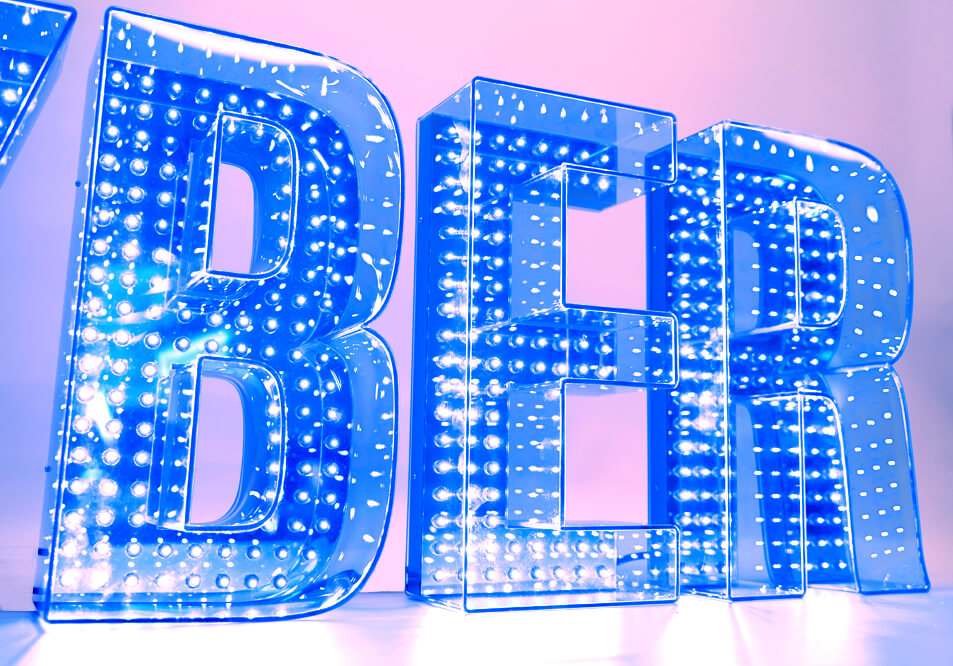 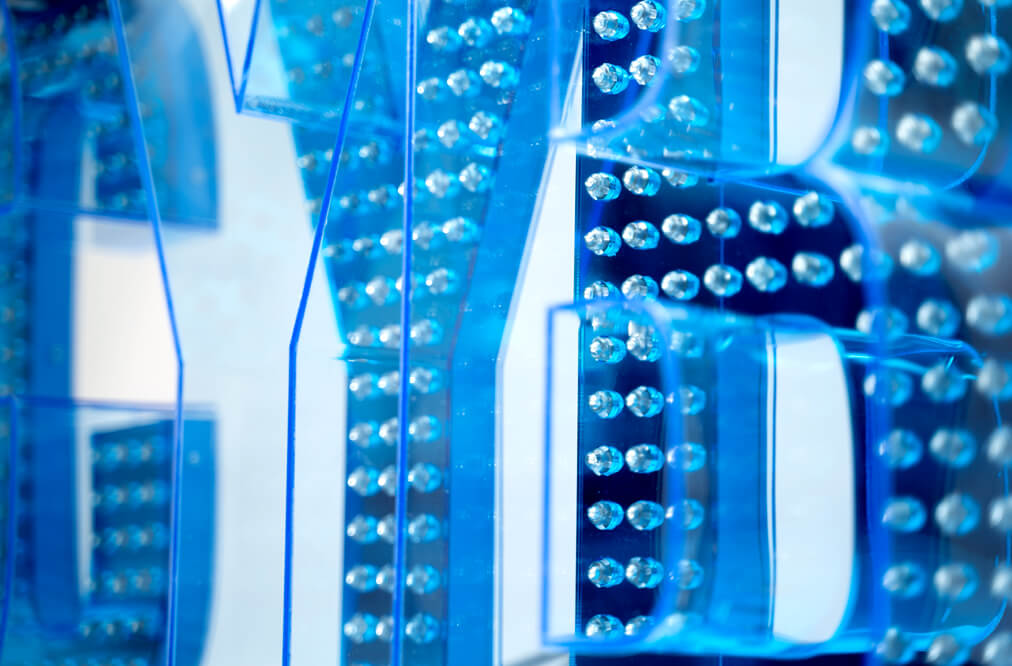 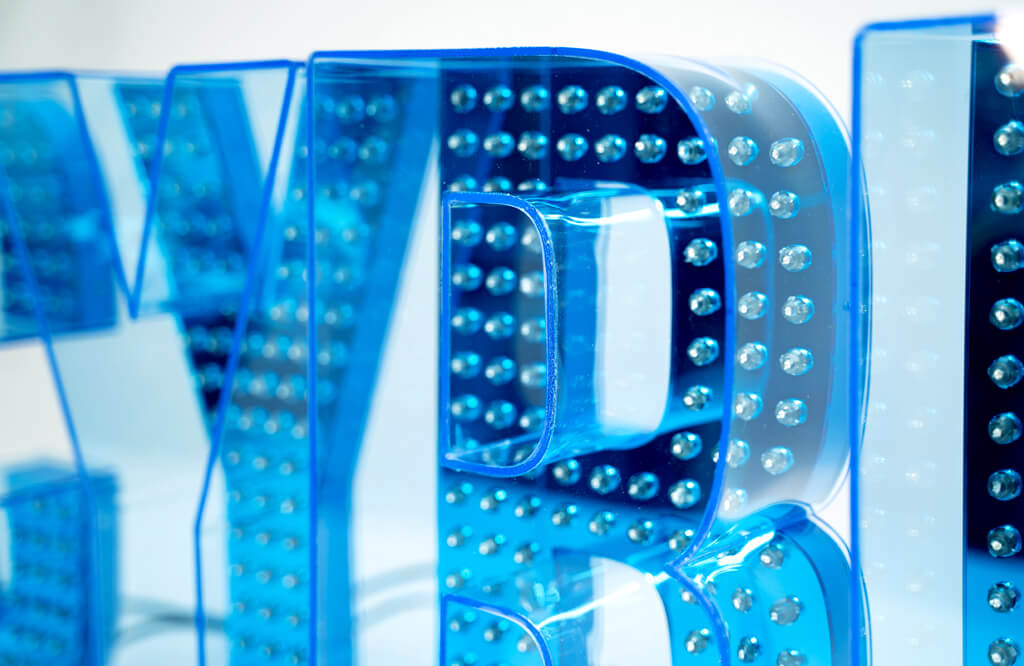 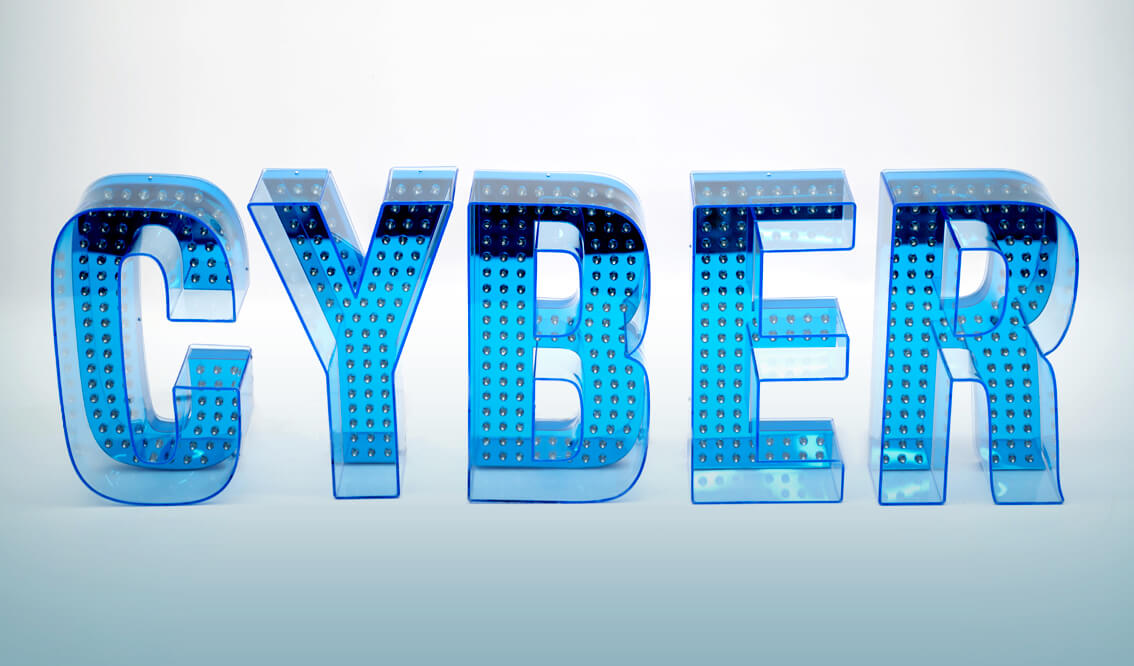 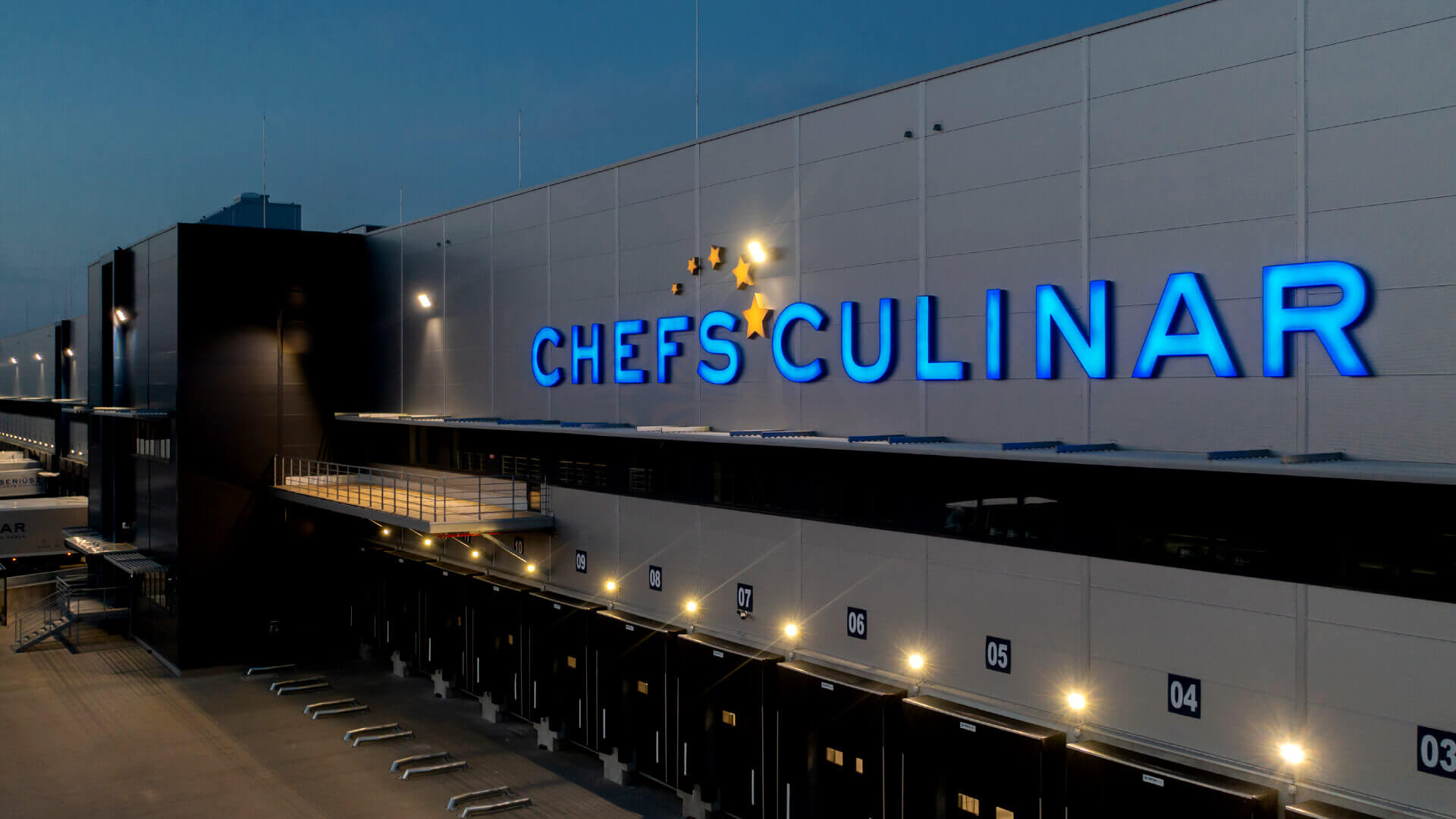